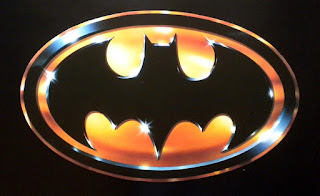 The 1989 Batman film is a classic. It set the bar for superhero movies for years to come, and is still considered to be one of the best in its genre. It accomplished this with the mind of a great director, a few stunning performances, and by taking its lead from some of the best stories comic books had to offer at the time. Sitting here, just a few days from the movie’s twenty-fifth anniversary, I am still noticing things I never had before, and finding out interesting facts about one of the movies—based off of a character, who is responsible for the same—that shaped my childhood.

Non-comic book fan, Tim Burton, debuted with the dark knight with a drastic change from the last time the character had been on the silver screen, and with a project that was a complete departure compared to the route the 1966 television show and film took with the character and his world, and with good reason. Since that time the landscape of comics had begun to alter, and they were in the middle of that change still, but the flood gates had opened and readers were beginning to see one of the most iconic characters of all time in a new light. There were two graphic novels primarily behind this innovation of the caped crusader, and when Burton read them, he knew the movie had to happen.

Batman finds its source material in the seventy-five year run of the character, but its atmosphere, tones, characterizations, and overall appeal are specifically influenced by Alan Moore’s The Killing Joke and Frank Miller’s The Dark Knight Returns. Both comics were a different take on Batman and his world at the time. The Killing Joke was definitive for Joker’s character, and Miller’s work sealed Batman as a hardcore badass. What made both different and stand out though is their tone, the environment of the world that they painted, with how vicious and unkind Gotham could be, and in some ways, how similar the hero is to his villains.

“The whole film and mythology of the character is a complete duel of the freaks. It’s a fight between two disturbed people.” –Tim Burton

It is an obvious theme, stated clearly at the end of the film; how Batman and Joker created each other and are therefore connected, one unable to have been made without the other. These two characters are often defined as an antithesis of one another, but in The Killing Joke and this film there are several similarities between the two, leading up to the life-long enemies eventual meeting, and the aforementioned scene where the dialogue playfully restates the theme with past exposition. One of the things I noticed upon this viewing is the dichotomous relationship between how Bruce Wayne and Jack Napier deal with their respective female counterparts, and that they both seem to be attracted to similar looking women. Some of these themes are less subtle though, with Burton wanting to show Batman as a grayer character, more anti-hero than true hero, but concordantly, certain aspects are a little too subtle in fact, without viewing the film numerous times or doing research. Burton wanted to give the story a World War II feel in some parts to amplify characterizations, like when Batman is centered in a shot in front of the AXIS sign, comparing him to the faction. The idea is there and kind of works, but is lost on most viewers.

It may sound odd, and takes some of the director’s own words to make sense out of, but this film presented an almost completely different view of Batman than had ever been shown before even though most facets were taken from somewhere in the comics. The hero is darker, brutal and vicious, killing multiple people, which he tries vehemently in the comics, at the cost of putting himself in danger in many instances. I remember when I realized that at the end, Batman could have let Joker get away and saved Vicki Vale, but makes sure to not let the villain escape by condemning him to a devastating end. It seems justified though, as Joker killed a lot of innocents himself. This is also the first time for many viewers that it is pointed out that Batman has sex, something that had just been done in the comics not long before then. There are several uncharacteristic acts that fans see from the dark knight here, as on two separate occasions Batman risks revealing his alternate identity by approaching and in confronting Joker in the persona of Bruce Wayne. He is actually pretty careless with his secret through most of the film.

Batman was not the only one coming across as more intense though, Burton wanted Joker to be more than he was on the pages, discussing why he was such a great character, and wanting to embrace that. “The Joker is such a great character because there’s a complete freedom to him. Any character who operates on the outside of society and is deemed a freak and an outcast then has the freedom to do what they want.” This change in the characters was not the only thing darker, Gotham itself was made to be dismal and gray, a foreboding place for good people. German expressionism was used in the architecture, amplified by the art deco and bland coloring, other than the neon signs and disruptive eyesores that were meant to draw attention. Gotham became its own bleak character. These elements combined made for a dark movie that rivaled its source materials.

It was so dark in fact that it caused the film to draw a lot of criticism, causing Roger Ebert to call it, “a depressing experience.” Seeing what Frank Miller and Alan Moore had accomplished with him as their audience, Burton knew that making a completely different and grittier film would make it something memorable, one way or the other. On a personal note, comparing t to recent comic book based films, Batman still holds up as one of the strongest, and for the first in a franchise, I am amazed that it was not an origin story, and any previous knowledge needed was handled in short flashbacks. My one gripe about the film is actually with Vicki Vale, playing the role of the damsel in distress a bit too much, when it seemed like the character was much stronger than that. The graphic novel adaptation for the film was not bad either, and it inspired Batman: The Animated Series, which is the show that began DC’s longstanding cartoon reign. Not only did the movie represent a better version of the character in some regards, but it has left quite the legacy.

Posted by Unknown at 2:24 AM No comments:

The Book of Rabbit Part 2

“It’s ironic, but until you can free those final monsters within the jungle of yourself, your life, your soul is up for grabs.” –Rona Barrett


That is the problem with most people though, and why it is hard to be trusting. Most people only saw what Rabbit showed them, which he realized early on he had to be careful about. No matter what he actually thought, it was what was expected of him that he had to do most of the time. Rabbit spent the rest of the school day thinking about Fox, imagining what he wanted to do to her, and had decided to keep the M open as an option.
Posted by Unknown at 12:54 AM No comments:

The Book of Rabbit Part 1

The Book of Rabbit

“I will remember what I was, I am sick of rope and chains -
I will remember my old strength and all my forest affairs.
I will not sell my back to man for a bundle of sugar cane;
I will go out to my own kind, and the wood-folk in their lairs.
I will go out until the day, until the morning break -
Out to the wind's untainted kiss, the water's clean caress;
I will forget my ankle-ring and snap my picket stake.
I will revisit my lost love and playmates masterless!”
― Rudyard Kipling, The Jungle Books

“Basically, I believe the world is a jungle, and if it is not a bit of a jungle in the home, a child cannot possibly be fit to enter the outside world.” –Bette Davis

About suffering they were never wrong,
The old Masters: how well they understood
Its human position: how it takes place –W. H. Auden